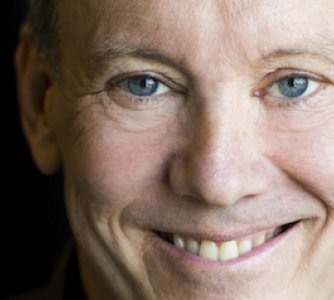 William McDonough is a globally recognized leader in sustainable development. Trained as an architect, McDonough’s interests and influence range widely, and he works at scales from the global to the molecular. Time magazine recognized him in 1999 as a “Hero for the Planet,” stating that “his utopianism is grounded in a unified philosophy that-in demonstrable and practical ways-is changing the design of the world.” In 1996, McDonough received the Presidential Award for Sustainable Development, the nation's highest environmental honor, and in 2003 he earned the first U.S. EPA Presidential Green Chemistry Challenge Award for his work with Shaw Industries, the carpet division of Berkshire Hathaway. In 2004, he received the National Design Award for exemplary achievement in the field of environmental design. McDonough is the architect of many of the recognized flagships of sustainable design, including the Ford Rouge truck plant in Dearborn, Michigan; the Adam Joseph Lewis Center for Environmental Studies at Oberlin College; and NASA’s new “space station on Earth,” Sustainability Base, completed in 2011.

He has written and lectured extensively on design as the first signal of human intention. He was commissioned in 1991 to write The Hannover Principles: Design for Sustainability as guidelines for the City of Hannover's EXPO 2000, still recognized two decades after publication as a touchstone of sustainable design. In 2002, William McDonough and the German chemist Dr. Michael Braungart co-authored Cradle to Cradle: Remaking the Way We Make Things, which is widely acknowledged as a seminal text of the sustainability movement.

Nature.com | Carbon is not the enemy

Forbes | William McDonough: The Upcycle And Waging Peace Through Commerce