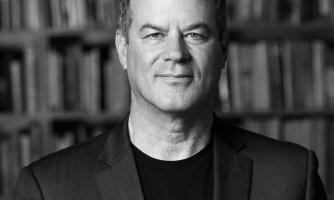 Scot Horst believes in the transformation of people and places through the use of shared tools.  He is the Founder of Arc Skoru, Inc. and the Arc platform, which tracks and scores the actual performance of existing buildings, cities and places.  From 2005 to 2016 he was in charge of LEED as the program grew from a few hundred projects to over ninety thousand globally.

The Arc platform became the foundation of the latest version of LEED for Existing Buildings, LEED for Transit, LEED Zero and LEED for Cities. After only two years the platform is in use in 89 countries, where it tracks 77 million metric tons of carbon, 119 billion gallons of water, and feedback representing more than three million occupants.

Prior to LEED, Scot was the President of 7group, a leading green building consultancy, and of Athena Institute International, a nonprofit dedicated to the life-cycle assessment of buildings.  At Athena he oversaw the Life Cycle Inventory Database Project for the National Renewable Energy Labs.  He also created a carbon-offset program with the Climate Trust of Oregon for cement and concrete companies that has reduced Portland cement clinker in thousands of projects.  Scot co-authored “An Integrative Design Guide to Green Building” and has served on multiple boards that focus on standards transformation.

Scot holds dual degrees in Philosophy and Voice Performance from Oberlin College and the Oberlin Conservatory of Music. He sang opera professionally, and maintains a furniture design studio.