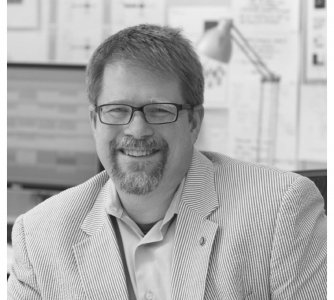 Rives Taylor has more than 35 years' experience in institutional and commercial architecture with 30 years spent focusing on strategic planning, programming and sustainable design, scaled from facility operations to campus and city planning.  A Texas-practicing architect/educator, Rives directs Gensler's Firmwide Design Resilience Task Force and leads the Gensler Research Institute Resilience Center.  He casts a wide net in elevating both the why and how of sustainable design, including students, faculty, professionals, public officials, and the general public.  In over 30 years as an adjunct professor at the University of Houston and visiting professor at Rice University, Rives has infuenced more than 6,000 students in his technical and high-performance design studios and seminars.

The approaches Rives developed for Gensler not only affect the firm’s extensive practice but also influence clients’ building decisions worldwide. He developed a firm-wide green practice primer called “The Four Tiers of Sustainability,” led the inclusion of sustainable design in the firm’s in-house education program, and in partnership with Architecture 2030 and the Design Futures Council, developed an “eco-charrette” process and developed a building performance metric that is now used in all of Gensler’s projects. He is part of the editorial team that produces the annual “Climate Action Through Design”.

Rives has been a general member and occasional board member of the ULI Sustainable Development product council for over 8 years. Locally he has been the inaugural director of the Houston ULI Chapter Building Healthy Places Council.  He has engaged in two Professional Advisory Panels for Broward County and for the Duwamish River (Seattle) resilience focus.

In 2015 Rives led Gensler’s delegation to the Paris Climate Conference/Agreement and led the editorial team for the “Impact by Design” publications annually. He is also part of the leadership team rolling out the Gensler Cities Climate Challenge (GC3).