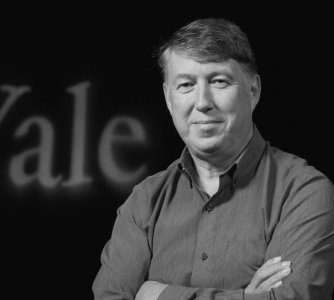 Paul Anastas is a former Assistant Administrator of the US Environmental Protection Agency (EPA) for Research and Development appointed by President Barack Obama and also served concurrently as the EPA’s Science Advisor from 2010-2012. Paul now serves on the faculty of Yale University with an appointment in the chemistry department, the department of chemical and environmental engineering and the School of Forestry and Environmental Studies as the Teresa and H. John Heinz III Professor in the Practice of Chemistry for the Environment.  In addition, he serves as the Director of the Center for Green Chemistry and Green Engineering at Yale. He is widely known as the “Father of Green Chemistry” for his work in founding the field of designing chemicals that have reduced toxicity and processes that produce less waste.  He has published over a dozen books on the science and engineering of sustainability including Benign by Design, Designing Safer Polymers, Green Engineering, and his seminal work with co-author John Warner, Green Chemistry: Theory and Practice.

Paul previously served in the White House in both the Clinton and G.W. Bush Administrations, where he held posts in the Office of Science and Technology Policy, including Assistant Director where he had responsibility for environmental issues. He is the co-founder of the Green Chemistry Institute now located within the American Chemical Society and served as its director from 2004-2006.

Paul has been recognized for his pioneering work with a host of international awards, accolades and appointments. He is widely sought as an expert presenter and contributor to scientific publications, and serves as a science advisor to leading private equity firms. He is also the co-founder of a start-up chemical company based in New Haven, CT, P2 Science, that specializes in renewable, bio-based chemicals including surfactants, material building blocks, flavors, and fragrances.